From leading the business his father founded 40 years ago to treating his employees with compassion – and vendors with tough love – this year’s Residential Lighting Industry Leadership Award winner David Director of Connecticut Lighting Centers represents a true legacy. 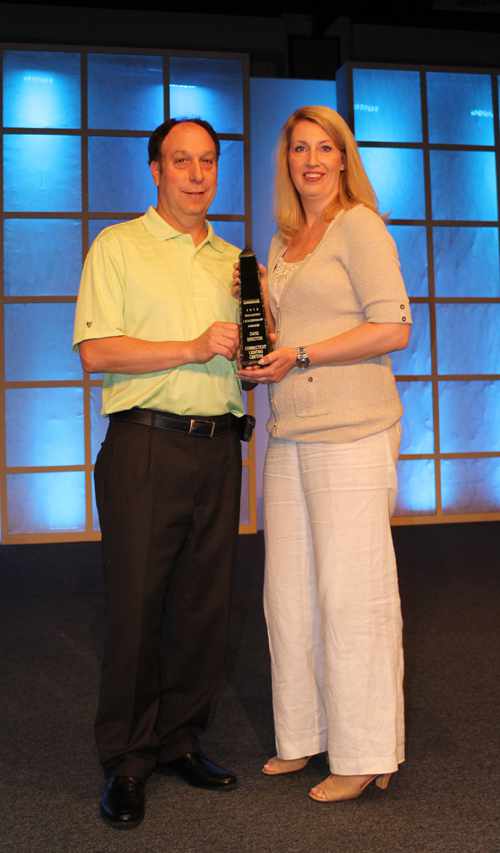 Like many people in the lighting industry, David Director literally grew up in the business. In high school, he started working at his father’s showroom, Connecticut Lighting Centers, sweeping the floors and working in the warehouse. Fast-forward 30-something years and Director is owner and President of the company, which now has two locations plus an offshoot, Restoration Lighting Gallery. He’s an active member of the American Lighting Assn. (ALA) and many other non-lighting related nonprofits, a father of three, and a respected and well-known businessman.

And, although he’s made some moves since his warehouse days, he still has a passion for lighting. “In college, I would drive to the store and work there on the weekends and can quite honestly say that I loved what I was doing,” Director says. “And I still love what I do today.” 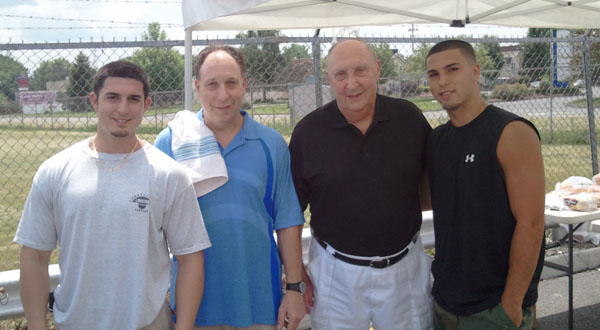 Because his father was “old school,” Director was involved in all aspects of the business. Although he says he briefly considered a career as a gym teacher before realizing it wouldn’t be a fruitful path, Director started full-time at the showroom in 1981 as a salesman on the showroom floor, then ventured out as an Outside Sales Manager, then came back to the store as Sales Manager. In 1994, Art officially retired and David became President.

“I’m really fortunate,” Director says. “I had a father who left me a business that was debt-free. He never cared about how big we were, but instead, how profitable we were. As my father developed my business acumen over the years, it was always about the bottom line — and, equally as important as the bottom line, our people. You have to integrate the two.”

This standard — to take care of your staff — still reigns supreme today. The 94 employees at Connecticut Lighting Centers and Restoration Lighting Gallery are provided with health insurance and a 401k plan, and even during the recent economic downturn, they didn’t endure any pay cuts or layoffs.

“My people need me more when times are tough than when times are good,” Director says. “So for me, it was even more important to stand behind them and do whatever I could do to support them so that when things come back, the feeling is mutual.” 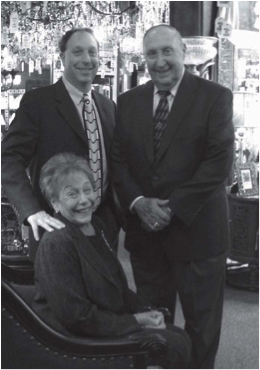 Connecticut Lighting Centers Vice President and General Manager Neil Fleisher says this is one of the reasons why he likes going to work everyday. “I admire that David is always looking out for the well-being of his employees, which he refers to as his ‘extended family,’” Fleisher says. “He has built an organization where you don’t feel like your job is in jeopardy.”

Director has shaped his business into a successful organization and mainstay in Hartford, CT, while also making his own mark on the lighting industry. He’s acquired many friends through his work and they speak highly of him, as a businessman and a friend.

Longtime buddies Jack Fleischer, owner of Hermitage Lighting, and Dean Gottesman, Executive Vice President at Shanor/Royalite Lighting Centers — both cultivated from their own family businesses — have known Director for nearly 30 years. They commend his savvy and work ethic.

“David is a very astute businessman who takes advantage of every opportunity,” Fleischer says.

“He’s a very dynamic person,” says Gottesman. “When he gets involved in something, he goes in full force.”

This proves to be true in and out of business. Described as a workaholic, Director, a Certified Lighting Consultant (CLC®), regularly works 18-hour days, six days a week. He serves on the board of Liberty Bank and several nonprofit boards including the Rushford Center, Middlesex United Way, Connecticut Retail Merchants Assn., Quinnipiac University Business School Advisory Board and the Middlesex County Community Foundation. He organizes two charity golf tournaments and tries never to miss any of his childrens’ athletic games.

“There’s more than just the business, and that’s why I work as many hours as I do. To me, giving back to the community is really important — it’s on the top of my list,” Director says.

Director credits his wife, Carol, with making his success possible. “She’s put up with me working seven days a week for almost 20 years, on top of all the boards and other activities I’m involved in. She’s been incredibly supportive through it all.”

Director is the first to admit that sometimes he can be tough to deal with. “But, it is what it is,” he says matter-of-factly. “I’m that way because my employees are number one.”

Quoizel President Rick Seidman agrees. “David can be very critical at times,” Seidman says. “If you don’t know him well, you might take it the wrong way. But I know he’s that way because he wants to take everything to the next level and better his business. Honestly, I wish I had 100 David Directors who would get on the phone and tell me when something is not right.”

Fortunately, Director’s industry involvement and knowledge help to make his opinion one worth listening to. He’s been an ALA member since the start of his career and, since 2001, has been involved in more than 15 ALA committees, panels and groups, most recently the Membership Campaign Committee, which had recruited 121 new members this year as of September’s ALA Conference.

“David always has been a supporter of ALA’s numerous programs over the many years that I have known him,” says Dick Upton, President/CEO of ALA. “Whether he is asked to actively recruit new members for ALA or help us grow the consumer outreach effort of the BiNational Advertising and PR Program, David always steps up to the plate.” 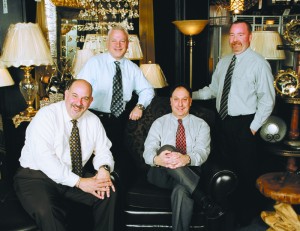 In fact, Director’s readiness to work on behalf of the greater industry good is a key reason he was nominated for this year’s Industry Leadership Award. Art Langlais of the Langlais Group nominated Director, citing his recent successful efforts to get a favorable rebate for independent lighting retailers in the entire state of Connecticut — even Director’s own competition.

“He did this for the benefit of the Connecticut lighting industry and paid 100 percent of the costs from his own pocket,” Langlais wrote in his nomination. “I doubt his competitors have any idea what he did for them. He is truly a supporter of the lighting industry, not just of his own success.”

With Connecticut Lighting Centers celebrating its 40th anniversary this year, Director is building on a solid foundation as he looks to the future. He sees the business expanding, introducing different product groups into his stores. A good example of that is the new hardware business that just opened in September as part of Connecticut Lighting Centers. He’s also bringing in the next generation to his family business; his older son, Todd, began working for him full-time two years ago.

“Retail is a difficult industry, which makes it fun for me,” Director says. “It’s also very dynamic, which can make it exciting, but I didn’t really think too much about that. The challenge of the tough industry keeps me going.”

Regardless of the success of his business, however, Director said he hopes he’s remembered for what he’s given back. “I always tell my kids: There’s only one thing people remember — your name and what kind of person you were. That’s really what it’s all about. If you can use your business to help your employees, make a decent living, but most importantly give back, that’s what it’s all about.”

We are thrilled to announce the launch of our new & improved website! It has…

The “No Bully Zone” Campaign