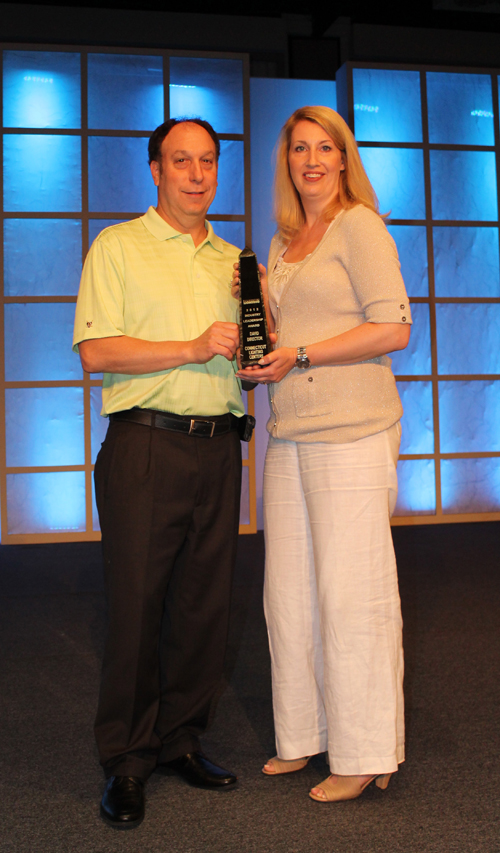 A lifelong member of the lighting industry, Director serves as President of Connecticut Lighting Centers, which was started by his parents, Arthur and Edythe, in 1972. Over the past 31 years, Director has been a leader in both ALA and his local community.

Art Langlais of the Langlais Group says he chose to nominate Director because of his recent successful efforts to get a favorable rebate for independent lighting retailers in Connecticut. “He did this for the benefit of the Connecticut lighting industry and paid 100 percent of the costs from his own pocket,” Langlais says. “I doubt his competitors have any idea what he did for them. He is truly a supporter of the lighting industry, not just of his own success.”

Director thanked his colleagues and looked to the future of the lighting business in his acceptance speech at Conference.

“I believe this industry is now at the most impactful crossroads that we have been at since I started my career,” Director said. “And, like I tell my own employees, we either grow or we die, the choice is ours.”

Residential Lighting presents its Industry Leadership award to an individual who exemplifies service and leadership in the lighting industry. Nominees were announced in the May issue and magazine readers voted online for the winner. Past winners include Fanimation President Nathan Frampton, Quoizel President Rick Seidman and Fredrick Ramond founder Fred Glassman.

Are you ready to learn about lighting controls for your home? Stop by our Hartford…

Lutron Electronics, Inc. is the nationwide leader in lighting control. As a preferred Lutron® dealer,…

If you’re looking for the largest selection in New England, trained professional assistance and great…